In June 1992 I was “let go” along with the whole of the European Head Office of Cray Research, who at that time were the maker of the worlds biggest and fastest “supercomputers”.

After a token job search course with KPMG, I handed back the BMW 525 in the first week of Sept 1992. A week or so later, Norman Lamont stood outside the Exchequer building in Whitehall and “confessed” that the UK was leaving the ERM.

As with all periods of major financial uncertainty, the economy slowed down almost immediately.

Little did I know it at the time but it took 6 months before I got my first interview!

In the November, my vicar mentioned that he had heard of “Careers Springboard”

The very next week, a near neighbour, also in the Computer industry and out of work, invited me along to my first meeting at Careers Springboard in the Church Hall of St Andrews in Gerrards Cross.

There was a warm welcome from the 6 Volunteers and the 7 Members, a friendly induction from David Tennant, one of the 3 Founders who had started “CS” about a year earlier, after which I was registered as the latest Member. Unfortunately, I have no record of how many Members there had been before me, but I would estimate at c. 100.

From November 1992 to December 1993 I attended almost all of the 40 sessions in that period.

Each of the 3 Programmes in the Year covered most of the essential topics of Job Search which I recall as:

Apart from the 6 Volunteers there were other Speakers who spoke on other relevant Job Search topics. Certainly there were former members who would talk about ‘how they got back to work’ and as I recall I gave a talk in Autumn 1994 on that very subject.

From my participation at Careers Springboard I learned, developed and shared an array of skills and learning that have stood me in good stead to this day.

In Jan 1994, I started my new job as part of the Railtrack  Privatisation as Head of Finance for Railtrack Property.

After 18 months out of work imagine the joy in the Barber household, Marjorie and 4 children under 18,  my relief and that of our mortgage provider!

I had only been to 10 actual interviews since March 1993, but over 100 network meetings and several hundred phone ‘meetings’. Between September & December 1993, I received 4 offers, 2 of which in the same week at end November. 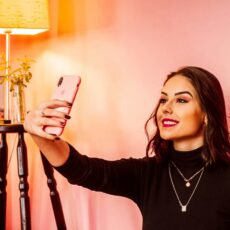 How To Prepare For Pre-Recorded Interviews 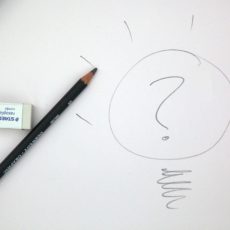 Find Out How To Start Your Own Business

Virtual Networking Advice – To Help You Secure Your Next Job

This website uses cookies to improve your experience while you navigate through the website. Out of these cookies, the cookies that are categorized as necessary are stored on your browser as they are essential for the working of basic functionalities of the website. We also use third-party cookies that help us analyze and understand how you use this website. These cookies will be stored in your browser only with your consent. You also have the option to opt-out of these cookies. But opting out of some of these cookies may have an effect on your browsing experience.
Necessary Always Enabled
Necessary cookies are absolutely essential for the website to function properly. This category only includes cookies that ensures basic functionalities and security features of the website. These cookies do not store any personal information.
Non-necessary
Any cookies that may not be particularly necessary for the website to function and is used specifically to collect user personal data via analytics, ads, other embedded contents are termed as non-necessary cookies. It is mandatory to procure user consent prior to running these cookies on your website.
SAVE & ACCEPT